We Won The Fight For Home Studios! 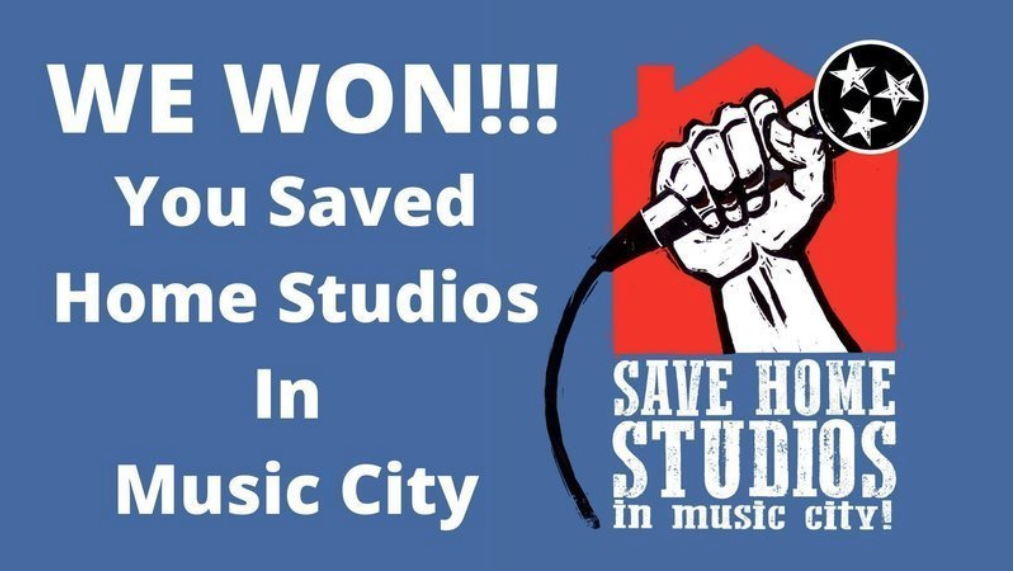 It’s been a busy yet very productive week. I really haven’t had the time to fully process how great and historic the victory we had in making home studios/many home based businesses legal in Music City! A movement of the people lead by friend and inspiration Lij Shaw. In a city who’s Government on every level has been bought off by powerful corporations, the Liberty of small businesses run by the people of Nashville had an Amazing victory. As I’ve talked to Lij on the phone about, he has shown us a way to get the job done, stand up against our oppressive local Government and gain victory. It’s been an honor to use Music City Revival to help support Lij and this effort. Let’s remember the game plan that lead us here and implement it on other issues.
– Lij Sued the local Government with the help of Beacon Ins
– He was interviewed in major publications like the Tennessean, Rolling Stone Magazine, Billboard, etc
– Started a petition that got over 100K signatures
– Got the support of a council member that supported the cause and drafted legislation
-Organized and mobilized many of us to show up to council meetings and let our voices be heard to support the legislation
– Countless emails/phone calls by Nashville residents to their representatives calling on their support on this legislation
– Focus on the cause with action for months while the council kept kicking the can down the road

What Lij reminded us is “We the People” are the actual Government, those we vote for are only our representatives and we will have to work tirelessly and unwavering to make sure they represent us and our best interests. We will need to continue this trend in times ahead. First thing to do is find out who of your representatives didn’t vote yes for this bill and commit to voting them out and supporting a good candidate running against them.
If there isn’t one, become one.
#MusicCityRevival